Featured Quote: In recent years our people have faced some of our toughest challenges, and I’ve been inspired by the courage and resilience of Floridians. From health workers to teachers, parents and kids came together. Now we’re coming back stronger than ever.

Congressman Lawson’s work ethic, problem-solving approach, and ability to build collaborative working relationships with his colleagues, regardless of political party, in Florida will serve him well in Washington, DC.

A Life of Public Service
Congressman Lawson has devoted more than half of his life to public service and is guided by the belief that the greatest gift an individual can give is service to their community.
Al Lawson brings a hard- working, problem-solving spirit to Congress and has spent years focusing on creating jobs, improving access to high-quality education from preschool through the post- secondary level and protecting working families. Elected in November 2016, and sworn-in January 3, 2017, Lawson represents Florida’s 5th Congressional District.

A native of Midway, Florida, Lawson graduated from Havana Northside High School, where he was a standout athlete, and received his Bachelor’s degree from Florida Agricultural and Mechanical University (FAMU), where he lettered in basketball and ran track. Lawson went on to earn a Master’s degree in Public Administration from Florida State University and completed his course work for a Ph.D. in Public Administration.
Following a brief stint as a professional basketball player, Lawson became an assistant men’s basketball coach at Florida State. The highlight of his coaching career came in 1972 when the Seminoles reached the NCAA National Championship.Lawson married his college sweetheart Delores Brooks, and they have two adult children, Alfred III and Shani. He is also the proud grandfather of Kobe, Samuel, Harlem, and Cameron Lawson.

Fight Inflation and Keep Gas Prices Low
The global pandemic drove prices up on everything we buy.  Al Lawson is fighting to make food affordable for North Florida families, and Al voted to lower gas prices.

Strengthening the Economy and Create Jobs
The global pandemic drove prices up on everything we buy.  Al Lawson is fighting to make food affordable for North Florida families, and Al voted to lower gas prices.

Protect Social Security and Medicare
The global pandemic drove prices up on everything we buy.  Al Lawson is fighting to make food affordable for North Florida families, and Al voted to lower gas prices.

Invest in Infrastructure and Education
The global pandemic drove prices up on everything we buy.  Al Lawson is fighting to make food affordable for North Florida families, and Al voted to lower gas prices.

Veterans
Our brave men and women who have fought for our freedom deserve to be taken care of when they return home. Congress must work to ensure our veterans are getting the help they deserve – from job training, to access to health care and education benefits, to finding affordable housing. For more information concerning work and views related to veterans, please contact our office.

All Americans have a role to play in protecting Earth. Human activity is leaving a severe footprint on our planet. The effects can be seen in our communities — most recently, with Hurricane Michael, which was the strongest hurricane to ever hit Florida’s panhandle. For more information concerning work and views related to the environment, please contact our office.

Alfred James Lawson Jr. (born September 23, 1948)[1] is an American politician who is the U.S. representative for Florida’s 5th congressional district, serving since 2017. The district stretches across most of the border with Georgia, including most of the majority-black areas between Tallahassee and Jacksonville.

A Democrat, Lawson served in the Florida legislature for 28 years. From 1982 to 2000, he was a member of the Florida House of Representatives. From 2000 to 2010, Lawson was a member of the Florida Senate (representing the 6th district), where he was elected to serve as the Democratic leader and rose to the rank of “Dean of the Senate” before his election to the U.S. House of Representatives. After two failed campaigns for Congress, Lawson defeated incumbent Corrine Brown in the 2016 Democratic primary and won the general election. 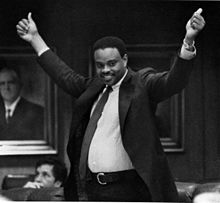 Lawson as a state representative, 1984 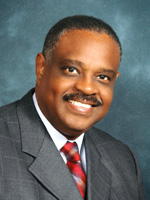 Lawson was born in Midway, Florida, and attended Havana Northside High School, where he was a standout athlete in basketball and track. He went on to be a basketball star at Florida Agricultural and Mechanical University (FAMU), where he earned a bachelor’s degree in political science. After a brief stint as a professional basketball player with the Indiana Pacers and Atlanta Hawks,[2] Lawson returned to Tallahassee, where he landed a job at Florida State University as an assistant basketball coach and took the Seminoles to the Elite Eight of the NCAA tournament. Lawson also earned his Master of Public Administration from Florida State University.

Lawson ran for the Democratic nomination in Florida’s 2nd congressional district in 2010, challenging seven-term incumbent Allen Boyd.[3] He narrowly lost to Boyd in the Democratic primary,[4] and Boyd lost to Republican newcomer Steve Southerland in the general election by more than 12 percentage points.[5][6]

Lawson ran for the seat again, and won the Democratic nomination against Blue Dog-endorsed state representative Leonard Bembry. He lost to Southerland in the general election by less than 6 points.[7]

A lawsuit challenging the Florida congressional district map radically changed the 5th district. For the past quarter-century, the district and its predecessors had covered most of the majority-black precincts from Jacksonville to Orlando. The new map changed the district to an east–west configuration stretching across all or part of eight counties from Tallahassee to downtown Jacksonville. The redrawn district included Lawson’s home in Tallahassee, and Lawson announced he would run for the 5th on December 15, 2015, setting up a battle against Corrine Brown, the only representative the district had had since its creation in 1993.[8]

The district’s demographics appeared to be against Lawson. While it now included most of Tallahassee, the capital and its suburbs only accounted for 32% of the district’s population, while the Jacksonville area accounted for 61%.[9] But Lawson’s candidacy received a significant boost in July 2016, when Brown was indicted on federal corruption charges.[10] He defeated Brown in the Democratic primary—the real contest in this heavily Democratic district—on August 30. He then defeated Republican Glo Smith in the November 8 general election with 64% of the vote.[11]

After the Stoneman Douglas High School shooting in Parkland, Florida, Lawson expressed frustration with the lack of action on gun regulation and placed blame on lobbying organizations, saying “the stranglehold of the gun lobby has gone on long enough”.[14] Lawson supports restriction on assault weapons.[15] In 2017, he voted no on the Concealed Carry Reciprocity Act of 2017, which would require all states to recognize concealed carry permits issued in other states.[16][17] Additionally, those with concealed carry permits would be permitted to carry concealed weapons in school zones.[18] Lawson also voted no on the Veterans Second Amendment Protection Act, which would have allowed veterans who are considered “mentally incompetent” to purchase ammunition and firearms unless declared a danger by a judge.[16][19]

Lawson was one of five house Democrats to vote for the U.S. to continue selling arms to Saudi Arabia and to support the Saudi Arabian-led intervention in Yemen.[20] This vote was part a vote series that allowed debate and votes on the Farm Bill in 2018, which he called a necessary step to provide assistance to farmers in his largely agricultural district.

OnAir membership is required. The lead Moderator for the discussions is Paige Rosenthal.
We encourage civil, honest, and safe discourse. See Terms of Service for curation guidelines.